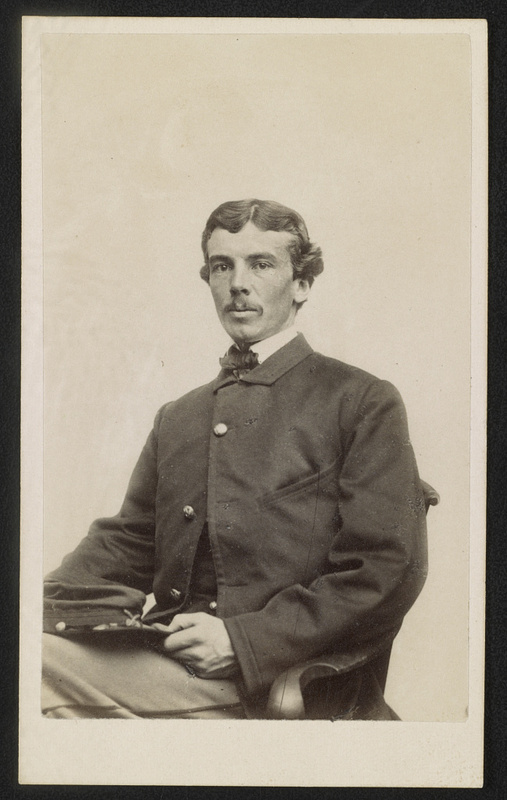 Captain Charles Russell Lowell
(1835 - 1864)
Home State: Massachusetts
Education: Harvard, Class of 1854
Command Billet: Staff Officer
Branch of Service: Cavalry
Unit: Army of the Potomac
On the Campaign-At Antietam he carried orders to and was in action with Sedgwick's Division of the Second Corps in the disastrous combat in the West Woods on 17 September. " ...Meeting a portion of Sedgwick's division broken and retreating under the heavy fire, he threw his whole powers to rally it ... His horse was shot twice, his scabbard cut in two, and the overcoat on the saddle spoiled by a piercing bullet, but he came out unhurt."
Antietam on the Web