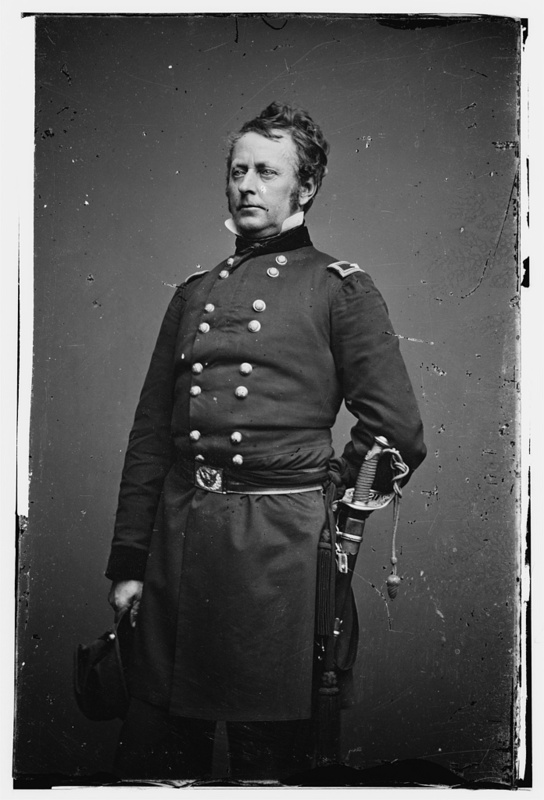 A full-body photograph of Union General Joseph Hooker in uniform

Major General Joseph Hooker
"Fighting Joe"
(1814 - 1879)
Home State: Massachusetts
Education: US Military Academy, West Point, NY, Class of 1837;Class Rank: 29th
Command Billet: Army Corps Commander
Branch of Service: Infantry
Unit: First (I) Army Corps
On the Campaign-He was in command of the the Federal First (I) Army Corps and was wounded slightly on the 17th in the morning combat near the Cornfield. He was succeeded in command of the Corps by Brig. General Meade of his Third Division.
Antietam on the Web