The Antietam Institute has developed this repository to collect and share digital copies of historical and contempory material about the Battle of Antietam and the related Maryland Campaign of 1862.

If you own or know of a document, photograph, letter, map, drawing, book, manuscript or other artifact relating to the battle of Antietam, please contact the HRC Curator to get it added here.

Institute members and volunteers continue to contribute to the collection, so you can expect it to grow for some time.

We've grouped the items of the collection into 3 categories to to make them easier to browse and search:

This is a selection of published histories of regiments, batteries, and some of the brigades who were in action at Antietam. Often penned by veterans from their personal experience, most were written between 1880 and 1910. Some are superficial narratives, but most have battle and personal details found no where else. 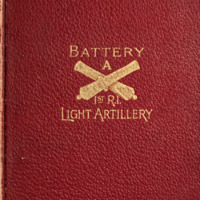 These are visual references like drawings, photographs and maps. We've focused on collecting images of places, events, and people related in particular to the Maryland Campaign. We're intereseted in both contemporary, wartime images as well as post-war and modern images that help tell the story of the history of Antietam. 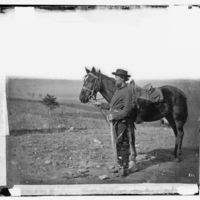 This category encompasses almost anything written about the Battle and the field on which it was fought. We're collecting wartime letters, reports, military records, and manuscripts, along with later works relating to the Campaign. 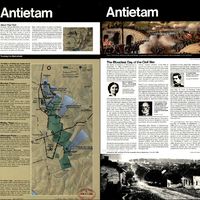 Newest items in the Collection

This repository was built on Omeka S software originally developed at the Roy Rosenzweig Center for History and New Media at George Mason University with support from the National Endowment for the Humanities and other funders. It is now maintained by the Digital Scholar project.

The HRC's visual design was adapted from an Omeka theme originally created at University of Tasmania and then modified by students and staff at the Yale Libraries in New Haven for their own online exhibitions. They kindly shared their code online.

The content of the collection has been gleaned from many online sources as noted in each item's record, and from Institute members and other primary sources. Special thanks to the Institute volunteers who have helped import and catalog the items.